Vlassides Winery was completed in 2012 and is based on the principles of sustainable development.

The Winery was designed by architect Heracles Papachristou in modern, clean-cut lines; a contemporary building which blends perfectly with the landscape, situated in a 8 hectares plot, surrounded by its vineyards.

A large part of the Winery is literally buried deep into the hill, while the rest of the building gradually comes into view as it follows the contours of the land. The interior consists of large open spaces with panoramic views of the vineyards. Visitors enjoy an unobstructed view of the winemaking and wine ageing areas, giving them a general overview of the processes which take place at the Winery, from the beginning: from grape to wine.

Situated in the heart of Koloni, in a 8 hectares vineyard, it has an overall production capacity of 150.000 bottles per year.

The Winery has seven stainless steel tanks of 6250 litres, eleven of 5000 litres and six of 2500 litres. There are several other smaller tanks used for experimental vinifications.

The Winery cultivates and manages 21 hectares of vineyards all around the village of Koilani, in Limassol, at altitudes between 700 and 1100 meters.

Koilani has perfect weather with plenty of sunshine during the summer season and mild winters, without extreme low temperatures.

This microclimate helps to mature the grapes perfectly, as far as their organoleptic characteristics are concerned. Additionally, rainfall is neither severe nor often, which allows us to control the vineyards’ irrigation, in regards to timing and intensity. 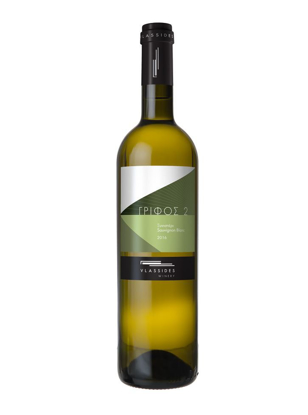 Grifos 2-White Vlassides Winery produces this wine with selected grapes of the indigenous variety Xynisteri, blended with Sauvignon Blanc (25%). The special selection of the grapes as well as the careful winemaking are the essential conditions that lead to the production of this exceptional wine. It is a fruity wine with lively acidity and aromas of green apple, citrus and pineapple. "Grifos 2-Lefkos" reaches the market just after bottling so that it can be enjoyed young. It should be stored in a horizontal position at 15°C and served chilled at 8-10°C. The wine pairs well with light salads and seafood. Due to its smooth texture it can also be consumed alone or as an aperitif. Vintage: 2016 Number of bottles: 20 000
€8.75 incl tax Opus Artis is the premium red wine of Vlassides Winery; a true work of art. The wine is produced only when the grape crop is exceptional, from the varieties grown exclusively in the estate’s own vineyards. Its varietal composition differs slightly every year, in order to bring out the best qualities of the wine. Merlot gives it a rich, velvety character, whereas Cabernet Sauvignon helps it to evolve during a ten-year period and Shiraz revives it, giving it a breath of “freshness”. The wine matures in new French barrels for eighteen months, followed by two years in the bottle. The wine is unfiltered and is recommended to be decanted and served at 18°C.
€25.00 incl tax 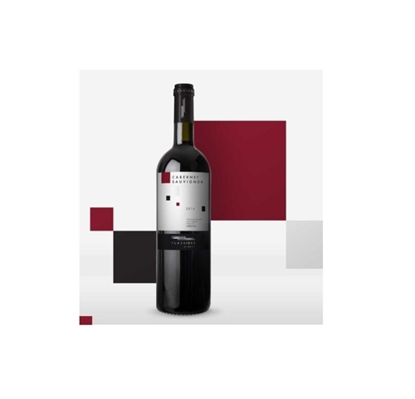 "Vlassides Cabernet Sauvignon" is a complex and full-bodied wine. The wine has a multi-faceted character and well-balanced acidity with strong but approachable tannins. It has got a deep red ink colour and a rich nose with aromas of dark berries, chocolate, green pepper and spices.
€12.90 incl tax 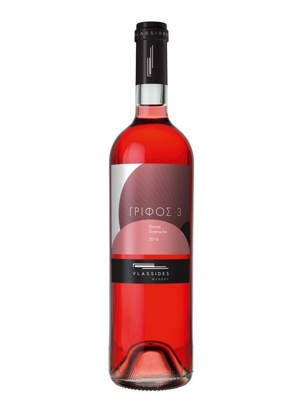 Grifos 3-Rose A new venture for the winery which began in 2013 was the production of a Rose wine made from a blend of Shiraz and Grenache grapes. Τhis distinctive blend gives the wine a light pink colour with aromas of wild berries and a pleasant refreshing aftertaste. "Grifos 3- Rose" is an easy drinking wine, so it is best enjoyed young at 10-12°C all year round, either as an aperitif or combined with Asian cuisine, pasta or salads.
€10.75 incl tax 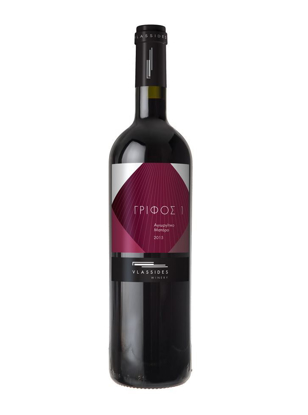 Grifos 1-Red "Grifos 1-Red" is a blend of Mataro and Agiorgitiko, which is an indigenous Greek variety. Its vinification takes place always in September. It goes out to the market immediately after bottling in the summer of the following year and can be consumed young throughout the year. Its main characteristics are the soft tannins and the fresh forest fruit flavours. It can be stored and consumed at 15-16°C and can be pleasantly combined with a traditional Cyprus meze. Vintage: 2015 Number of bottles: 13 000
€8.75 incl tax

Merlot is a an early ripening red variety, with origins from western France. The grapes for Vlassides Merlot come from the vineyard at Karamanos area, in Kilani. The wine matures for one year in oak barrels and one year in the bottle. With the potential to mature for an additional six to seven years. Best served at 16-18°C.
€12.75 incl tax